New research could pave the way for a vaccine for a common respiratory virus. 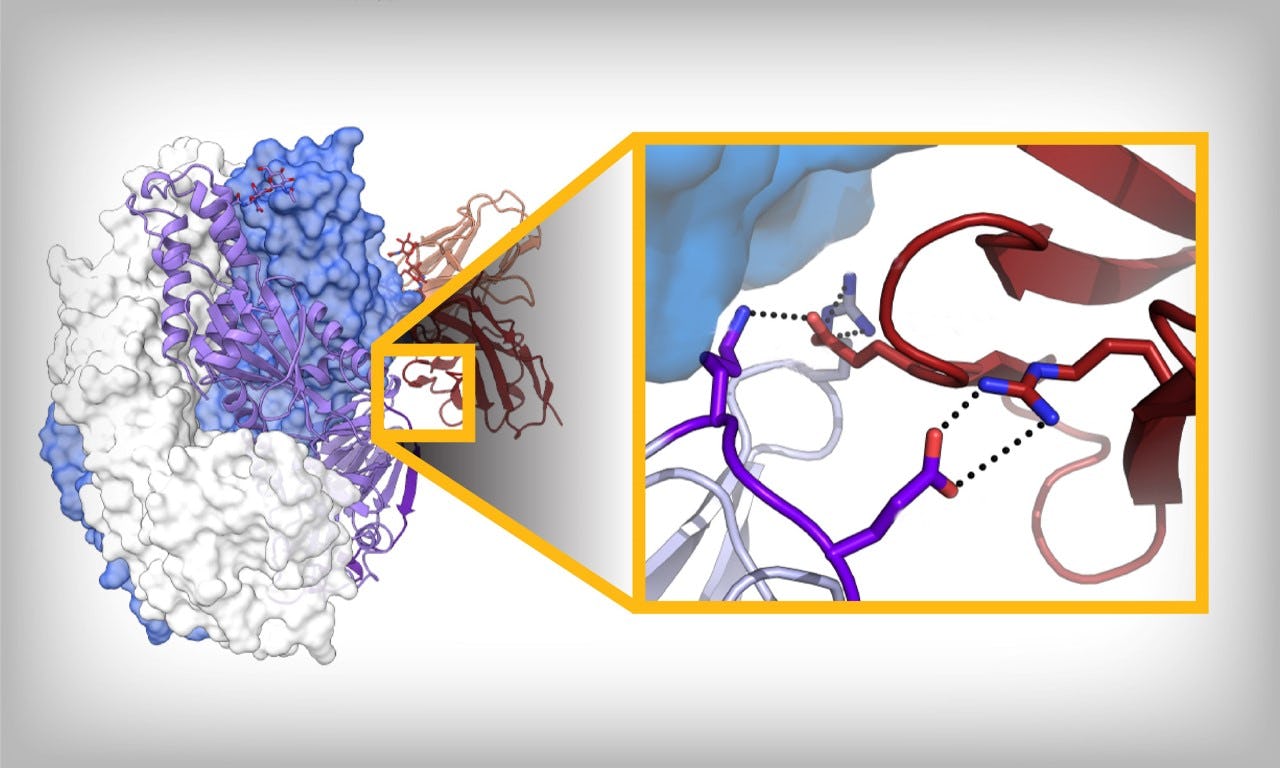 A newly identified antibody (right) attacks a part of the human metapneumovirus, resulting in protection against the disease. Image by The University of Texas at Austin.

Human metapneumovirus (hMPV), a virus that infects the upper and lower respiratory systems—leading to bronchitis and pneumonia in some patients—could soon meet its medical match. A scientific team in Texas, in collaboration with biotech companies, has made recent breakthroughs in understanding the virus, and their efforts could lead to everything from the first-ever vaccines against hMPV to new, highly effective therapeutics.

Jason McLellan of The University of Texas at Austin's Department of Molecular Biosciences recently published research related to hMPV in scientific journals. His lab's earlier efforts in vaccines and therapeutics—which use a strategy known as structure-based design to examine intricate details about a virus and custom-design tools that effectively fight it—have been blockbusters. McLellan and his team's technology feature in all of the COVID-19 vaccines in use in the United States, as well as in promising candidate vaccines against respiratory syncytial virus (RSV). Pfizer and GlaxoSmithKline each recently concluded successful phase 3 clinical trials for RSV vaccines leveraging work by McLellan from over a decade ago.

Now innovations McLellan developed against human metapneumovirus are also making their way into the early stages of clinical trials.

"Our new studies help inform hMPV vaccine design as well as antibody therapeutics," McLellan said. "This is really important for a virus that, like flu and other illnesses, can cause complications in young children, in older adults and in people who are immunocompromised."

In one new paper, out in August in the journal Immunity, McLellan and his team, along with scientists from Adimab LLC, Instituto de Salud Carlos III in Spain and Adagio Therapeutics, identified antibodies that potently neutralize hMPV by targeting parts of the virus that are exposed before it enters a cell. These antibodies, collected from people who had recovered from the virus, were found to protect small animals that had received high doses of hMPV from lower respiratory tract infections.

Like other viruses, hMPV evades detection by the immune system in part with a strategy that has its infection-causing surface protein assume two distinct shapes before and after entering a cell—much like a con artist donning a disguise at a critical point of entry. In the new paper, McLellan's team examined how the antibodies they identified responded to what scientists call the prefusion conformation, essentially the "pre-disguise" version of the protein, before hMPV has fused with cells and caused infection. Last spring, McLellan's team described having developed a way to lock this fusion protein into its prefusion conformation, which is useful for a vaccine.

In a paper out this week in Cell Reports, McLellan and researchers at UT, along with scientists at Sanofi Pasteur, identified more details about sites on the hMPV protein that could be important for vaccine development. Using cryo-electron microscopy, an advanced imaging technique that allows scientists to see the molecular structure of proteins and viruses, the team identified vulnerabilities in the protein and provided a detailed map of how two antibodies manage to bind to those viral sites.

Both studies were funded in part by The Welch Foundation. McLellan holds the Robert A. Welch Chair in Chemistry at UT Austin and conducts research in UT Austin's Sauer Lab for Structural Biology, which was funded in part by grants from the Cancer Prevention and Research Institute of Texas and Tito's Handmade Vodka.

The University of Texas at Austin is committed to transparency and disclosure of all potential conflicts of interest. The authors submitted required financial disclosure forms with the university and hold intellectual property rights that may yield revenue related to findings described in this article. 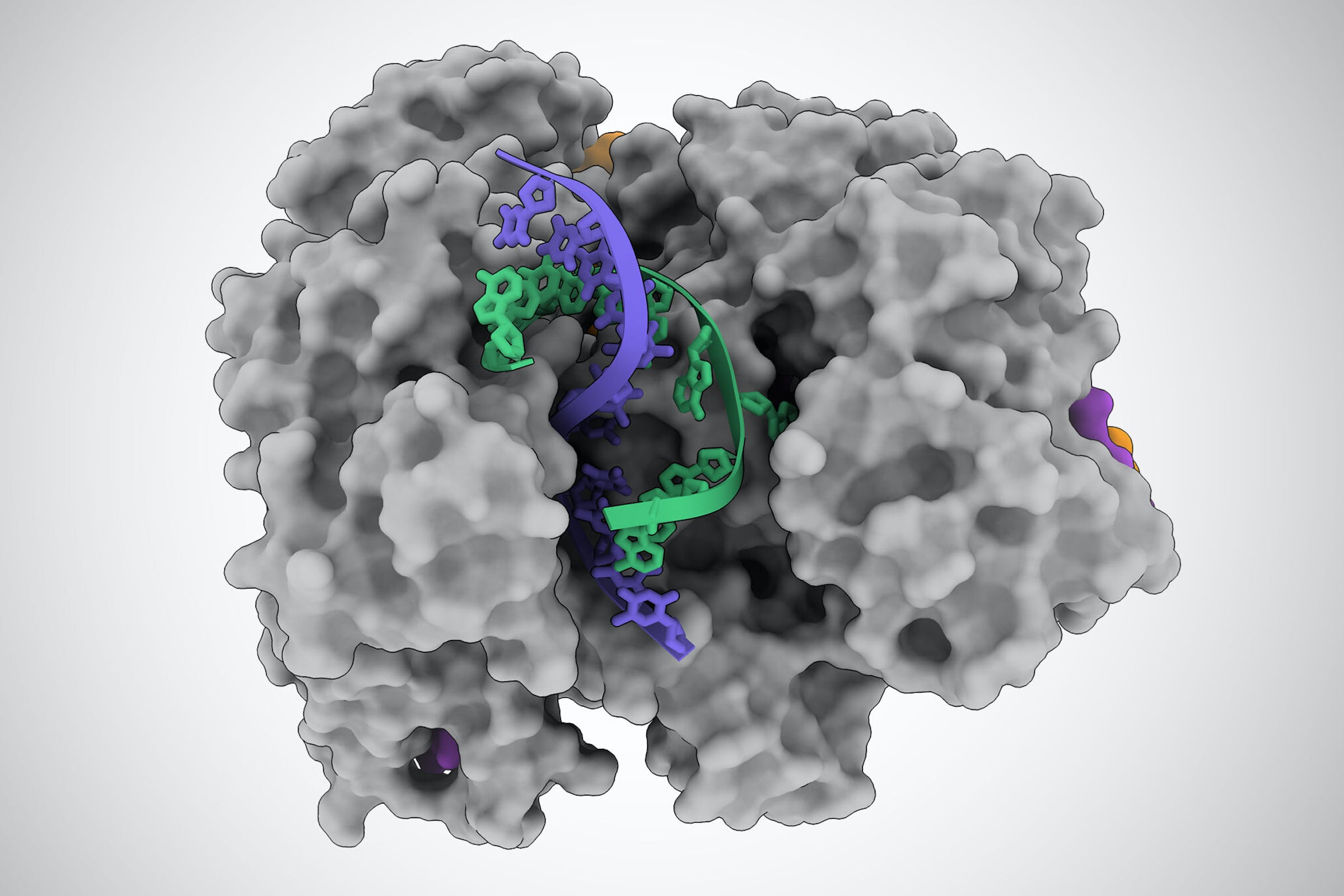 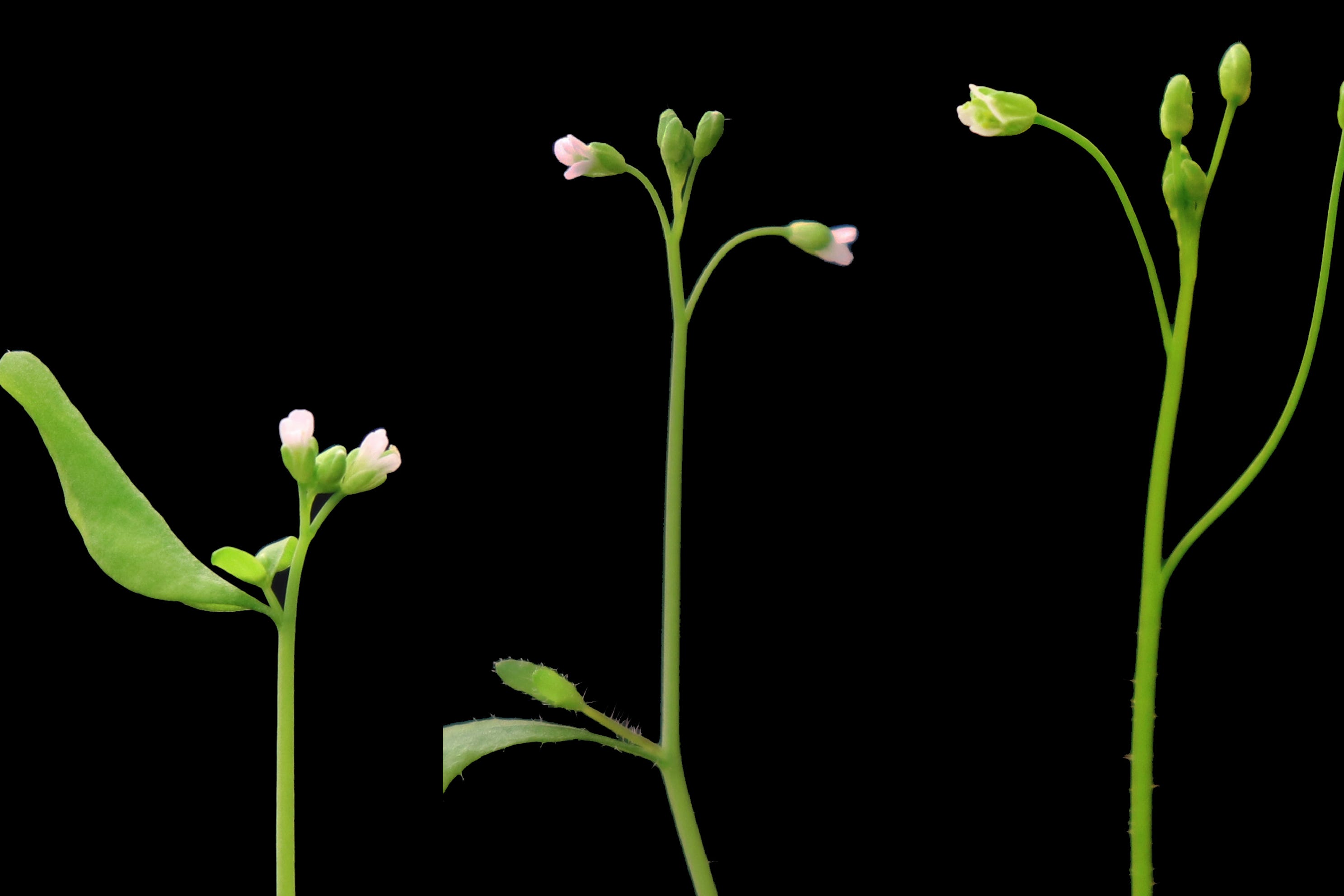