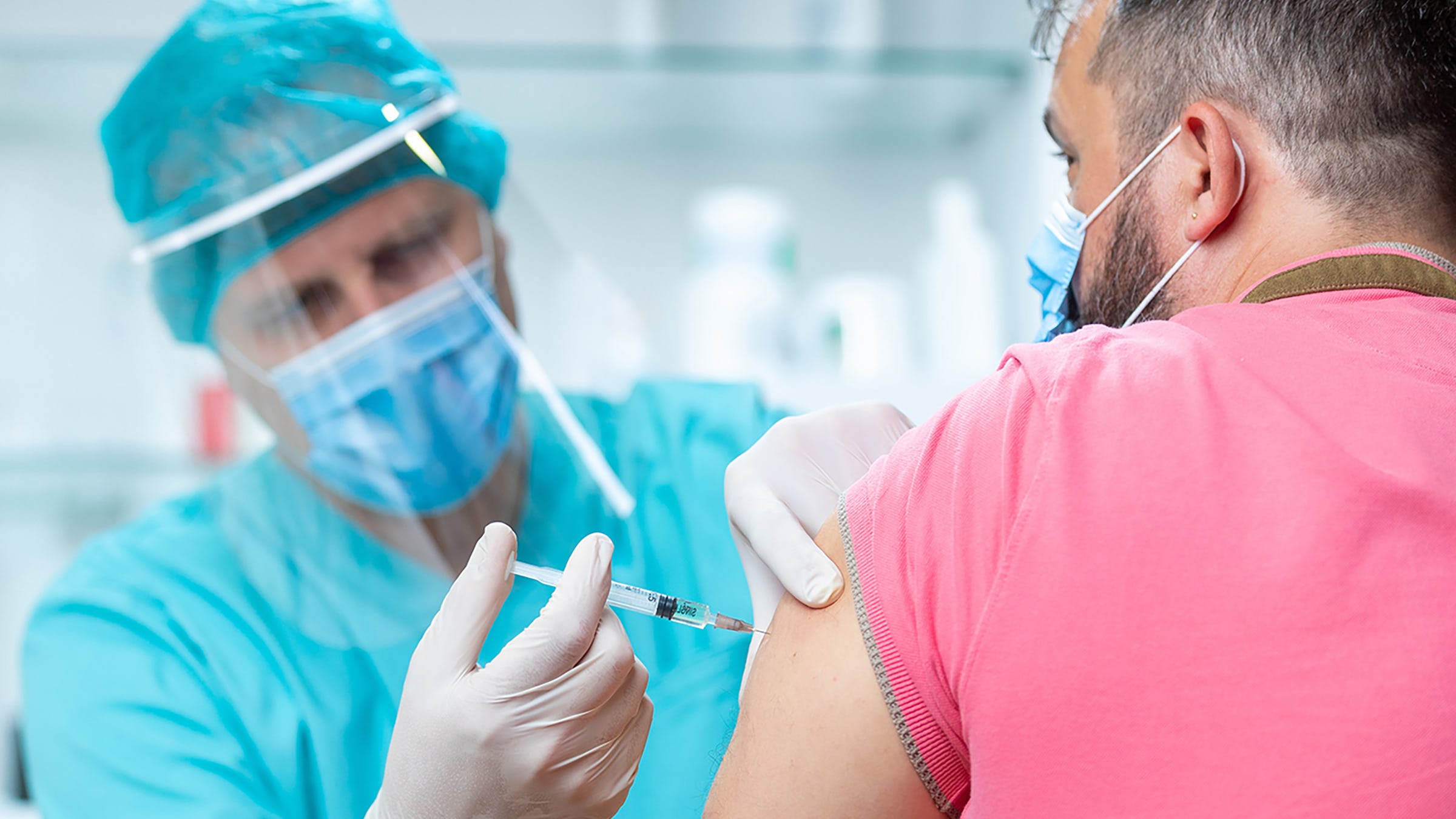 An engineered protein developed by UT Austin researchers and their colleagues is a key element of COVID-19 vaccines currently in human trials by Moderna, Novavax, Pfizer-BioNTech and Johnson & Johnson.

The experimental vaccine against SARS-CoV-2 that was the first to enter human trials in the United States has been shown to elicit neutralizing antibodies and a helpful T-cell response with the aid of a carefully engineered spike protein that mimics the infection-spreading part of the virus.

The latest paper about a Moderna-NIH vaccine that recently entered phase 3 human trials was published today in the journal Nature; its leading authors are Barney Graham and Kizzmekia Corbett at the National Institute of Allergy and Infectious Diseases' (NIAID) Vaccine Research Center, part of the National Institutes of Health, and Andrea Carfi of biotech company Moderna. It describes both preclinical results and important protein engineering led by a team at The University of Texas at Austin.

The paper describes in part work to stabilize an otherwise-shifting part of the virus: the protein that fuses with and infects cells, called the spike protein. Earlier research into coronaviruses was critical for the fastest-ever progression from virus genome sequencing to vaccine testing in humans, which took only 66 days.

"Several things were key for rapid vaccine development, including understanding the precise atomic-level structure of the spike protein and how to stabilize it," said UT Austin associate professor of molecular biosciences Jason McLellan, an author on the paper. "As fast as this all happened, the development was possible because of years of earlier research."

The members of the NIAID team and McLellan laboratory at UT Austin announced earlier this year that they had mapped the molecular structure of a stabilized spike protein within weeks of receiving the genetic sequence, publishing the structure of the SARS-CoV-2 spike protein in the journal Science. NIAID and the biotechnology company Moderna, based in Cambridge, Massachusetts, worked to develop a messenger RNA (mRNA) vaccine, which, according to the NIH, directs the body's cells to express the spike in its prefusion conformation to elicit an immune response. Today's paper describes findings that the vaccine keeps infection from spreading into the airways of mice, produces neutralizing antibodies and prompts a response in immune cells called memory T-cells.

The stabilized spike protein, known as the S-2P protein, also features in several other coronavirus vaccines currently in clinical trials.

The SARS-CoV-2 spike protein is a shape-shifter, changing its structure before and after fusing with cells. The immune system responds best when the spike protein is in its prefusion shape, so McLellan's team reengineered the protein in two key places to lock it into that shape.

McLellan's postdoctoral researcher Nianshuang Wang had identified genetic mutations necessary to stabilize the shape-shifting spike protein for MERS-CoV back in 2017, and the team found the same tactic works with the new coronavirus. Using small genetic modifications to the gene sequence that encodes for the protein, the researchers essentially make part of the spring-loaded portion of the molecule more rigid, preventing it from rearranging.

Instead of a painful process of trial and error, the researchers designed the necessary mutations within about a day of receiving the SARS-CoV-2 virus genome. The McLellan lab completed the atomic-level structure, and graduate student Daniel Wrapp harvested and purified the spike protein. Soon after, Corbett and Graham at the NIAID verified that the S-2P protein generated potent antibodies in mice.

The University of Texas at Austin is committed to transparency and disclosure of all potential conflicts of interest. The authors submitted required financial disclosure forms with the university and hold intellectual property rights that may yield revenue from discoveries described in this research.