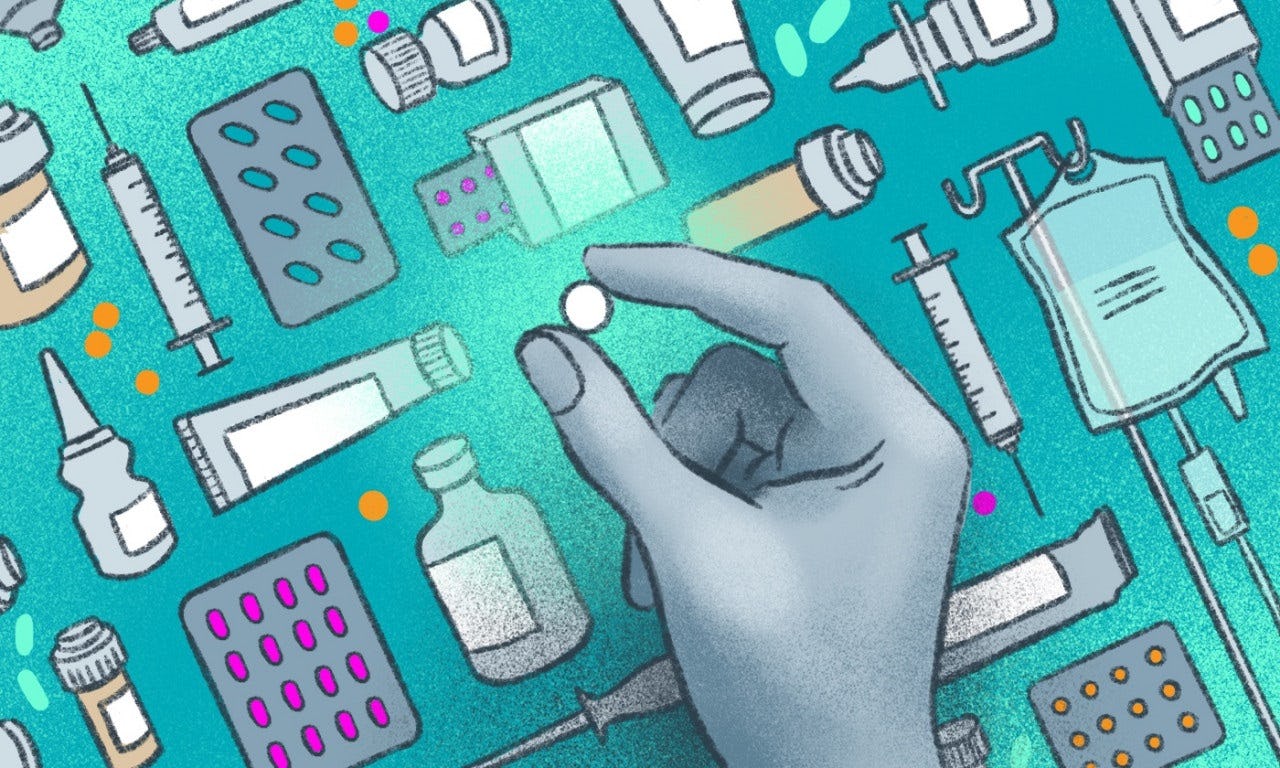 Remdesivir is currently the only antiviral drug approved in the U.S. for treating COVID-19 patients. In a paper published this week in Cell Reports, researchers from The University of Texas at Austin, Rensselaer Polytechnic Institute (RPI) and the Icahn School of Medicine at Mount Sinai showed that four drugs used to treat hepatitis C render remdesivir 10 times better at inhibiting the coronavirus in cell cultures.

These results indicate that a mixture containing remdesivir and a repurposed hepatitis C virus (HCV) drug could potentially function as a combination antiviral therapy for SARS-CoV-2. Such an antiviral could provide an immediate treatment for unvaccinated people who become infected and for vaccinated people whose immunity has waned.

Because these hepatitis drugs are already approved for use and their potential side effects are known, such a combination therapy could be tested in humans more quickly than for a new drug. One big drawback with remdesivir, however, is that it must be administered intravenously, limiting its use to patients already admitted to the hospital.

"Our goal is to develop a combination of oral drugs that can be administered to outpatients before they are sick enough to require hospitalization," said Robert M. Krug, professor emeritus of molecular biosciences at UT Austin and co-author of the paper. "The HCV drugs that enhance remdesivir's antiviral activity are oral drugs. Ideally, we would need an oral drug that inhibits SARS-CoV-2 in the same way as remdesivir to develop an effective combination treatment."

Krug helped initiate the research project and collaborated on designing experiments, interpreting results and writing the paper. The laboratory studies were carried out by two groups of collaborators: Gaetano Montelione, professor of chemistry and chemical biology, and postdoctoral fellows Khushboo Bafna and Balasubramanian Harish, all of RPI; and Kris White and Adolfo García-Sastre, professors of microbiology at Mount Sinai.

Remdesivir targets a part of the SARS-CoV-2 coronavirus called the RNA polymerase, which allows the virus to replicate, or make copies of itself. The HCV drugs, on the other hand, target two other parts of HCV that are also critical for viral replication, called proteases.

Using a supercomputer to model how drugs bind to viral proteins, the RPI researchers predicted that 10 HCV drugs would bind snugly to a SARS-CoV-2 protease. Researchers at Mount Sinai tested seven of these drugs in a secure biocontainment facility for their ability to inhibit SARS-CoV-2 virus replication in monkey and human cells growing in culture.

All seven HCV drugs inhibited virus replication, but all the collaborators were surprised to find that four of them (simeprevir, vaniprevir, paritaprevir and grazoprevir) inhibited an entirely different type of SARS-CoV-2 protease, called the papain-like protease. And that difference proved to be important. When each of the seven HCV drugs was tested for virus inhibition in combination with remdesivir, only the four that targeted the unexpected protease boosted the efficacy of remdesivir, by as much as tenfold.

The other participants in this research are Catherine Royer, Theresa A. Ramelot and Thomas B. Acton at RPI; and Romel Rosales, Elena Moreno, Thomas Kehrer and Lisa Miorin at Mount Sinai.

"We are very pleased that our structural and enzyme studies led to the identification of HCV drugs that inhibit the SARS-CoV-2 virus," Gaetano Montelione said.

"The identification of PLpro [papain-like protease] as an antiviral target that has a synergistic effect with remdesivir is a very important finding," added Kris White. "We hope this work will encourage the development of specific SARS-CoV-2 PLpro inhibitors for inclusion in combination therapies with polymerase inhibitors to produce a highly effective antiviral cocktail that will also prevent the rise of resistant mutations."

"Combined use of remdesivir with an inhibitor of the PLprotease for the treatment of COVID-19 would also reduce the possibility of selecting SARS-CoV2 resistant viruses," said García-Sastre.