Gene editing with CRISPR enzymes inside living cells could become more effective and accurate after researchers at The University of Texas at Austin unveiled how inner workings can help or hinder the process. 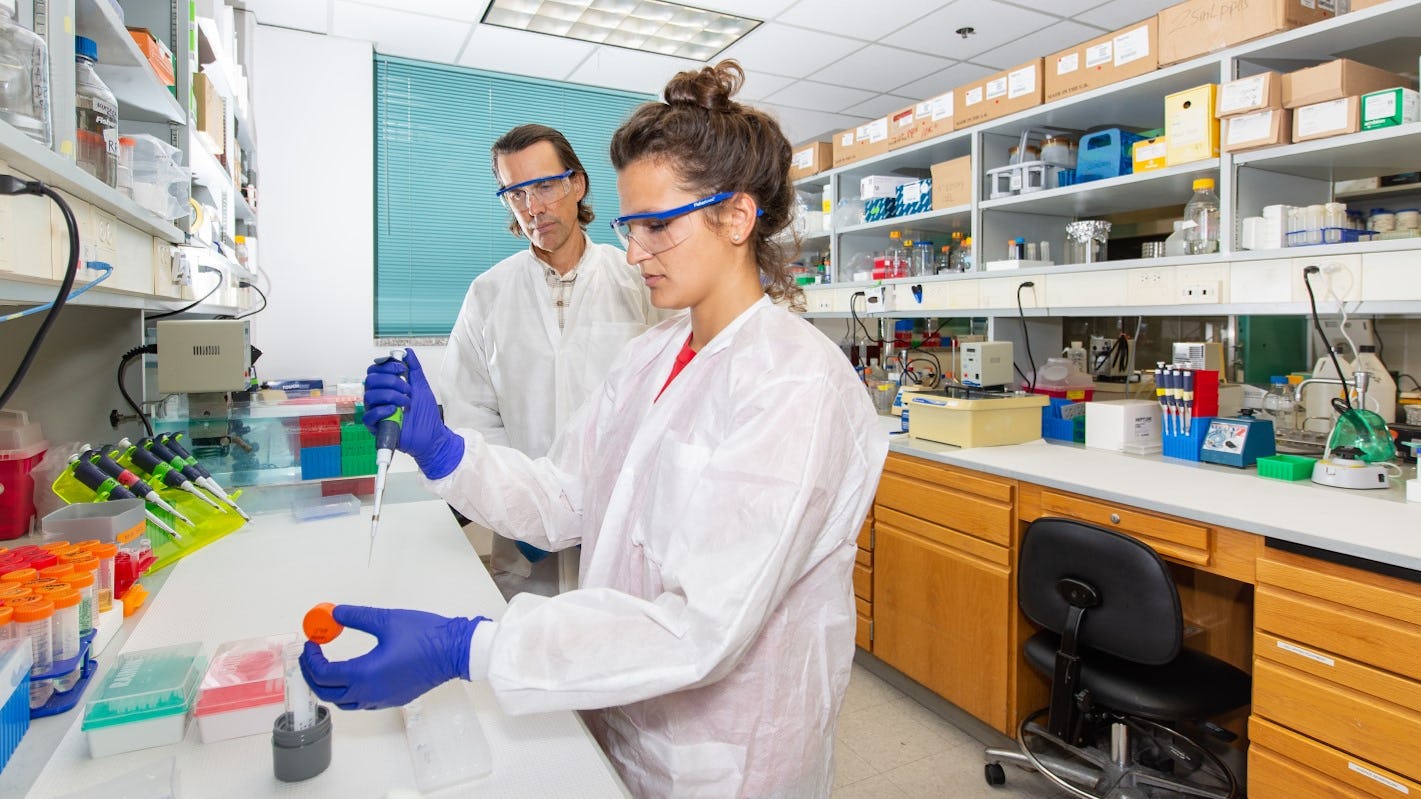 The new insights are in a study published today in the journal Science Advances.

One of the challenges of editing DNA inside living cells is that there are 2 meters' worth of DNA in a microscopic cellular nucleus – about the equivalent of the length of a giraffe's neck of information stored in a space the size of a pollen spore. A complex organizational system of dense twists, wraps and folds makes it all fit.

The CRISPR gene-editing technique holds tremendous potential to improve human health, agriculture and the future of people on the planet, but challenges lie in the delicate nature of gene editing where there is almost no room for error. Different CRISPR enzymes perform gene edits by acting like a pair of scissors, cutting target DNA sequences to trigger removal of the original sequence or sometimes the addition of new DNA. But in the cells of living things, the target sequence must be reached within these tightly packed knots of DNA, presenting a challenge.

Within cells, most of the DNA is wrapped around balls of protein to form structures called nucleosomes. Nucleosomes can protect DNA from the harmful effects of environmental dangers such as radiation but also present an obstacle for gene editing. Corresponding author Rick Russell and his team found that it was possible to target DNA sequences most effectively in the spaces between nucleosomes.

"This is important information because it shows us areas we should target for editing," said Isabel Strohkendl, a graduate student in UT Austin's Department of Molecular Biosciences and lead author on the paper.

Equally importantly, the researchers discovered where gene editing was more likely to go awry as they experimented with a type of CRISPR enzyme known as CRISPR-Cas12a.

"We actually found evidence that when a target DNA sequence is within a nucleosome, the Cas12a enzyme is more likely to edit a similar, but not identical, sequence in easier-to-access portions of the genome than the target sequence within the nucleosome," said Rick Russell, a professor of molecular biosciences.

On the other hand, the DNA sequences in the spaces between the nucleosomes remained available, even in a highly condensed form of nucleosomes that resembles the folds and twists of DNA found inside cells.

Setting out to see whether there was a way to shift the nucleosome structures so that target sequences within them could be accessed, the team was among the first to use biochemical experiments (as opposed to indirect experiments in cells) to arrive at the answer.

"Once we visualized the 3D nature of these structures, we were able to understand that if we target an enzyme to one side of a nucleosome, it can get in the way of DNA contacts on the other side of the nucleosome," said Strohkendl. "This strategy potentially provides some access to those sites."

Fatema A. Saifuddin and Ilya Finkelstein of UT Austin, along with Bryan A. Gibson and Michael K. Rosen of the University of Texas Southwestern Medical Center also contributed to the research. Funding for the research was provided by the National Institutes of Health, the Welch Foundation and the Allen Foundation Distinguished Investigator Award.