When you think of the type of labs driving biomedical discoveries, you may envision beakers and test tubes filled with a rainbow of chemicals, where much of the magic of scientific experimentation takes place. However, those chemicals are expensive. Pure forms can be difficult to manufacture, ship and store, and they often have to be ordered in very large quantities, which creates barriers to scientific experimentation and advancement. 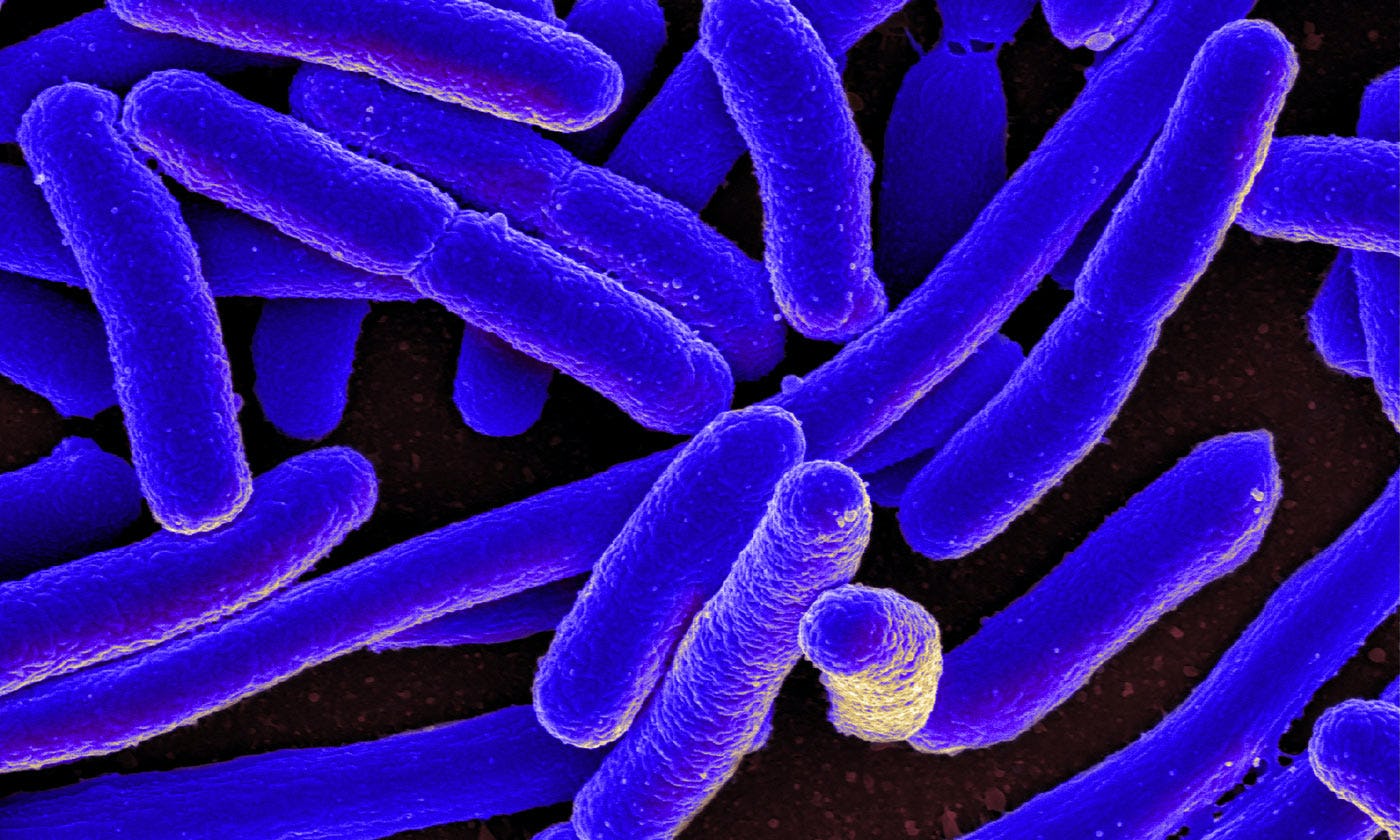 Microscopic images of E.coli bacteria. Image courtesy of the Center for Disease Control.

But what if there were a way to make proteins, enzymes and reagents right in the lab, in small amounts, on demand?

Sanchita Bhadra, a research scientist in the Department of Molecular Biosciences and the lab of Andy Ellington, set out to see if she could do just that. Along the way, she may have discovered a new method to deliver quick and easy diagnostic tests, medicine and other critical components in a way that is light and doesn't require refrigeration. The process could revolutionize the way laboratories, hospitals and medical clinics get the components they need.

"My goal was to put research tools into the hands of anyone that wants to use them, whether that's high school students in the U.S. or scientists and doctors in remote, low-resource parts of the world," Bhadra said. "It's often the cost and challenges of shipping these reagents that create barriers."

Bacteria have been employed by biochemists and molecular biologists for years to help produce all kinds of compounds and biological byproducts. A little genetic engineering and scientists can get bacteria to produce proteins, enzymes, reagents and molecular compounds as a byproduct of their cellular respiration.

Bhadra wanted a way for labs in low-resource and remote places to be able to use these protein-producing bacteria directly as reagents they needed for experimentation and diagnostics. She and her team first managed to freeze dry the bacteria that were producing DNA polymerases – enzymes that can make copies of DNA – and show that they could perform PCR using these bacteria. But freeze drying bacteria requires specialized equipment that is expensive and not widely available.

Then – inspired by probiotic pills that people use for digestive issues and by the way bakers can dry out a sourdough starter when they are going to be away from it for a while – Bhadra realized that it might be possible to simply dry the enzyme producing bacteria at ambient temperature without destroying the enzyme.

To speed up the drying, she began experimenting with a chemical desiccant, calcium sulfate, which is non-toxic and not corrosive. It's commonly used to keep moisture low in shipping containers, preventing mold and mildew from destroying products and food.

So, she placed engineered bacteria expressing the protein of interest in a jar filled with desiccants and kept it in a 37 °C incubator overnight. What she was left with was a flaky powder. She found that this flaky powder could be rehydrated and directly used for molecular biology or diagnostics reactions, such as PCR. With the help of undergraduate student researcher, Vylan Nguyen, she optimized and tested this method by producing dried bacterial reagents for many different types of proteins. She then shared this method with collaborators in Ghana, the United Kingdom and Cameroon who then produced dried bacterial reagents in their own laboratories and used them to perform various molecular biology and diagnostics reactions.

"The important findings were that we could use very simple instruments, and simple procedures to essentially make reagents for molecular biology that otherwise most people are forced to buy commercially. With this method, dried bacterial reagents can be shipped or made anywhere without needing a cold chain. They can be stored in a desk drawer for months until needed. Reactivate the bacterial reagents with water and you're ready to go," Bhadra said.

With proof of concept behind them, Bhadra imagines that this process could be used for all kinds of applications. Dried bacteria engineered to produce reagents for COVID-19 diagnostic tests could be added to test tubes. Add a few drops of blood or saliva and wait for the results. If a scientist needs a protein for an experiment, dried bacteria engineered to produce that protein could be sealed to a dissolving filter paper. Drop a strip of the paper into a beaker and the experiment is off and running.

Support from partners in philanthropy or industry could make a big difference in realizing the full potential of the technology, Ellington believes.

"We're helping folks in resource-poor settings," he said. "But we need partners to scale."

Bhadra envisions that the method could even be used to produce some medicines on demand in hospitals and clinics around the world. Engineered bacteria already are used by pharmaceutical manufacturers to produce synthetic insulin for diabetic patients.

"Once you start thinking about it," Bhadra said, "the possibilities are almost endless."