Texas Science Stories that Wowed Us in 2021 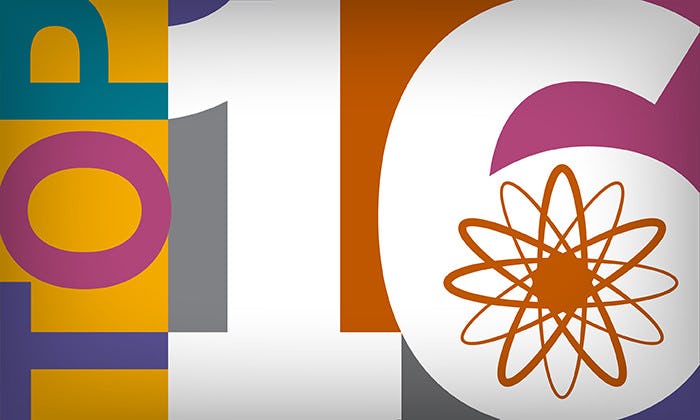 While for many 2021 may have felt like it lasted a few years, it was in fact just 12 months—and University of Texas at Austin scientists and researchers managed to pack a ton of new discoveries into that time. From the furthest reaches of the cosmos to the depths of the ocean and from the tiniest microbes to the most massive black holes, research in Texas Science covered a lot of ground, as researchers pushed boundaries, answered big questions and offered solutions to the world's problems. Here are 16 examples of how UT Austin scientists, mathematicians and technologists used 2021 to usher in new knowledge and innovations to help change the world.

Structural Virology Advances the Fight on COVID-19 & Other Deadly Viruses

Researchers from several labs in the Department of Molecular Biosciences and the Cockrell School saw an antigen they had developed for use in second-generation COVID-19 vaccines make its way into clinical trials in low- and middle-income countries. The NDV-HXP-S vaccine extends the promise of affordable, accessible vaccines that can be produced and distributed within these countries. Another research team provided the most complete picture yet about how antibodies produced in people who effectively fight off SARS-CoV-2 work to neutralize the part of the coronavirus responsible for causing infection, a critical discovery for ensuring protection against variants and any future emerging coronaviruses. Scientists also fished antibodies from survivors of another virus, Crimean-Congo hemorrhagic fever (CCHF)—a tick-borne virus that kills up to 40 percent of the people it infects—and studied how those antibodies neutralize the virus and determined the structure of the infection-causing part of the virus. The effort offered new pathways to potential medicine to treat CCHF, using a playbook that members of the same team from UT Austin have applied effectively to develop first-generation vaccines against COVID-19 and promising vaccines against respiratory syncytial virus (RSV).

Researchers in the Departments of Statistics and Data Sciences and Integrative Biology who are members of the UT Austin COVID-19 Modeling Consortium developed a staged alert system to guide local policies, and it was found to help the city of Austin prevent hospital surges and long lockdowns. Another model provided public health planning authorities with a method of calculating the number of COVID-19 isolation beds needed for people experiencing homelessness; projections based on that model helped the city finalize lease agreements for isolation facilities and limit spread of the virus. Meanwhile, in a separate project with Austin-Travis County emergency management system, mathematicians helped to design a data-driven strategy for ensuring ambulance drivers and other first responders are positioned optimally to save more lives. The team's algorithms were shown to shave nearly 1.5 minutes from the average response time by first responders. 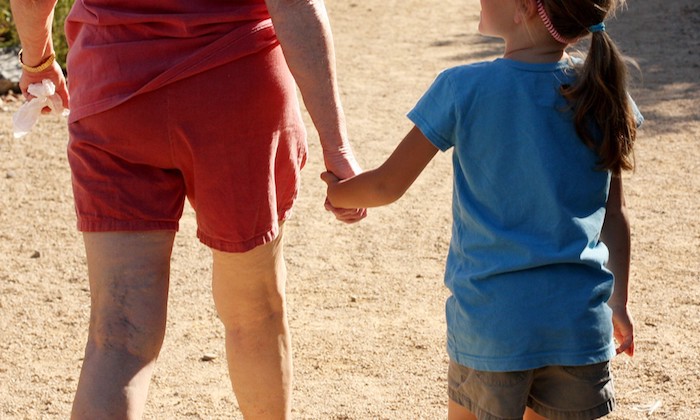 A conclusive narrative review in the prestigious journal The Lancet found physical punishment of children is not effective in preventing child behavior problems or promoting positive outcomes. Instead, it predicts increases in behavior problems and other poor outcomes over time. The study by an international group of scientists prominently included a researcher from The University of Texas at Austin. The paper looked at nearly 70 studies showing physical punishment was not associated with any positive outcomes for children and, rather, increased the risk that children would experience severe violence or neglect. The World Health Organization later in the year created new resources showing corporal and physical punishment is a risk to children's health.

Getting kids to eat their vegetables can seem like a daunting task, but researchers in the Department of Nutritional Sciences found that school gardens – and learning about what grows in them – can increase vegetable intake in children. Researchers worked with 16 elementary schools across Central Texas to install vegetable gardens and teach classes on gardening, nutrition and cooking. The study found that students who participated in the classes ate, on average, a half serving more vegetables per day than they did before the program.

Highlighting Pesticides' Harm to Native Bees and Other Pollinators

Several recent studies from the Department of Integrative Biology found that some of the most commonly used agricultural pesticides can have negative impacts on pollinators, including domesticated honeybees and native bees. Because crops are most often treated with multiple agrochemicals, bees are exposed to several different chemicals simultaneously. UT scientists found that the interactions between these chemicals significantly increase bee mortality, beyond the levels predicted by adding the negative impact of multiple chemicals together. Agrochemicals' impact on native bees, specifically bumblebees and mason bees, was examined in a separate paper, looking specifically at chemicals that are banned in Europe but still permitted for use in the U.S. The chemicals impair native bees' reproductive ability, colony development and foraging performance, the scientists found.

Coral reefs all over the world, already threatened by rising temperatures brought about by climate change, also face serious challenges from the possibility of fish species extinctions. According to research from the Department of Marine Science, the networks of predator fish and their prey found on coral reefs all over the world are remarkably similar, and those predator fish are pickier eaters than previously thought. These delicate ecosystems become even more vulnerable when their specialized hunters go extinct, highlighting the importance of preserving reefs' biodiversity.

Substantial advances in language processing, computer vision and pattern recognition mean that AI is touching people's lives on a daily basis — from helping people to choose a movie to aiding in medical diagnoses. With that success, however, comes a renewed urgency to understand and mitigate the risks and downsides of AI-driven systems, such as algorithmic discrimination or use of AI for deliberate deception. A UT Austin computer scientist chairs the standing committee of AI100, and a study panel released a new report this year identifying insights for 14 key questions related to the field. Answers, all from AI insiders and experts who create related algorithms and/or study their influence on society daily, can inform immediate strategies for public and private groups, as well as inform the future direction of the ongoing, longitudinal, century-long AI100 study.

Discovering the Most Flexible Ever 2D Material

Researchers in the Department of Physics discovered a new kind of two-dimensional (2D) material with unique properties, bringing next-generation flexible electronic devices one step closer. The team, part of UT Austin's Center for Computational Materials and the Oden Institute for Computational Science and Engineering, used supercomputers to discover the 2D materials that show ferroelectric, piezoelectric properties. The group of crystal structures, known as arsenic chalcogenides, are two dimensional. The super-thin structure makes them ideal for use in the miniaturization of next-generation flexible electronic devices.

A Cheaper, More Sustainable Alternative to the Lithium-Ion Battery

Researchers in the Department of Chemistry and Cockrell School of Engineering have created a new sodium-based battery material that is highly stable, capable of recharging as quickly as a traditional lithium-ion battery and able to pave the way toward delivering more energy than current battery technologies. The lithium and cobalt used in lithium-ion batteries is expensive, and mining them causes huge environmental damage. But earlier sodium batteries had a habit of shorting out, catching fire and even exploding. In a paper published this fall, researchers outlined a new sodium-based material that solves that problem in sodium batteries, while allowing them to charge as quickly as lithium-ion batteries.

Few developments have rocked the biotechnology world or generated as much buzz as the discovery of CRISPR-Cas systems, a breakthrough gene-editing technology that uses naturally occurring systems found in bacteria to make small changes in a genetic sequence. More recently, researchers have adapted another bacterial system, CRISPR Associated Transposons (CASTs), in order to do things CRISPR-Cas can't do: namely, insert into code entire genes or large sections of DNA. Scientists in the Department of Molecular Biosciences and Integrative Biology recently used UT Austin supercomputing power to identify hundreds of new likely CASTs (whereas previously only about a dozen were known to exist).

Earlier this month, UT Austin astronomers published work showing that a dwarf galaxy near our own Milky Way has a black hole that's much larger than would be expected. The finding could redefine our understanding of how all galaxies — the building blocks of the universe — evolve. The team used supercomputers and sophisticated modeling, as they were seeking to learn also whether dark matter density increases toward a galaxy's center. Astronomers have used galaxies like the one nearby (called Leo I, a dwarf spheroidal galaxy) for 20 years to understand how dark matter is distributed within galaxies.

First Glimpse of Brains Retrieving Mistaken Memories in the Moment

Scientists observed for the first time what it looks like in the key memory region of the brain when a mistake is made during a memory trial. The findings have implications for Alzheimer's disease research and advancements in memory storage and enhancement. The discovery also provides a view into differences between the physiological events in the brain during a correct memory versus a faulty one. In both correct and incorrect recall of a spatial memory, researchers could observe patterns of cell activation in mice brains that were similar, though the pace of activation differed.

For the first time, researchers confirmed the detection of a collision between a black hole and a neutron star. The team of researchers including UT Austin physicists in the LIGO collaborative detected not one but two such events occurring just 10 days apart in January 2020. The extreme events made splashes in space that sent gravitational waves rippling across at least 900 million light-years to reach Earth. In each case, the neutron star was likely swallowed whole by its black hole partner. Having confidently observed two examples of gravitational waves from black holes merging with neutron stars, researchers now estimate that, within one billion light-years of Earth, roughly one such merger happens per month.

Although natural disasters can cause horrific damage to homes and infrastructure, they can bring married couples closer together, at least temporarily, according to a first-of-its-kind study from researchers in the Department of Human Development and Family Sciences that looked at couples in the Houston area before and after Hurricane Harvey. The study found that in the immediate aftermath of the hurricane, couples experienced a significant boost in relationship satisfaction, no matter how severe or mild their experience was during or after the storm. Members of the same research group and their colleagues also studied couples as the COVID-19 pandemic hit during the winter of 2020. Researchers found that when couples blamed the pandemic for their stress, they were happier in their relationships.

In Other Good News

UT Austin's Sauer Structural Biology Laboratory was among the first facilities to produce images of the SARS-CoV-2 virus and its spike protein. This work led directly to all of the vaccines currently in use in the U.S. and could lead to additional treatments and vaccines against emerging variants and other pathogens. Thanks to gifts from Tito's Handmade Vodka, the U.S. Army and Judy and Henry Sauer, the capabilities of the campus cryo-electron microscopy facility expanded this year, allowing it to embark on new areas of research across UT. The facility's upgrades allow it perform cryo-electron tomography, an advanced imaging technique that allows for capturing details about key processes, such as a virus's methods for attaching to and entering cells. A new electron microscope was also added to speed up processes in the lab.

When Winter Storm Uri hit Texas in February 2021, it caused damage and hardship across the state. At the University of Texas Marine Science Institute in Port Aransas, the work to recover from it included rehabilitating a record number of sea turtles threatened by the cold weather. At UTMSI's Amos Rehabilitation Keep (ARK), staff received 900 live sea turtles under threat from cold-water temperatures that had dipped to levels that are almost always fatal and worked around the clock to keep the turtles healthy and warm until conditions improved and the turtles could be released.